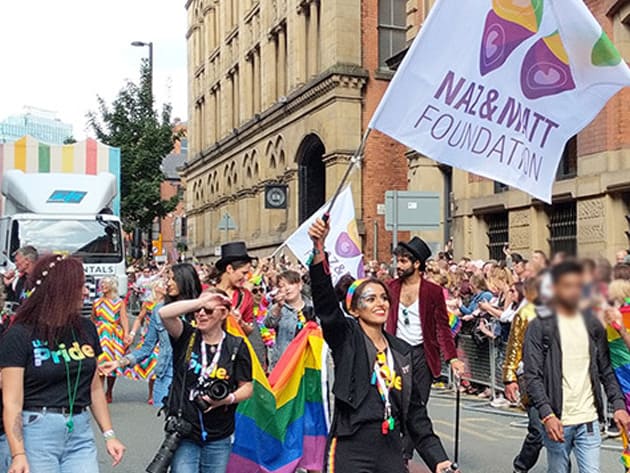 We are very proud to announce the Patrons of Naz and Matt Foundation. Our Patrons are highly visible members of society who embody the values of Naz and Matt Foundation – acceptance, unconditional love, peace, understanding… and support our mission to never let religion, any religion, come in the way of the unconditional love of parents and their children.

Since our journey began, Naz and Matt Foundation has had the wonderful privilege of meeting and becoming friends with some truly remarkable and inspirational individuals who have championed our cause and supported our community. We have great pleasure in introducing our Patrons…

Britain’s most iconic and longest running TV soap, Coronation Street, has patiently been developing a groundbreaking storyline that has hugely impacted Naz and Matt Foundation. Part inspired by what sadly happened to our darling Naz, the story has led to a significant increase in the number of individuals contacting us from similar backgrounds to Rana, the main character in the story.

‘Played by Bhavna Limbachia, Rana is born into a Muslim family. She does everything that her religious family wants her to. She marries her on-off boyfriend Zeedan in a small Nikah ceremony witnessed by friends and Rana’s parents. But then one day love happens and Rana meets Kate. The two women quickly in love but are forced to keep their lesbian relationship a secret from Rana’s parents for fear of what will happen if they are found out.

Rana is forced to question her own feelings and her understanding of what love really is, and what it is meant to be. All the time hiding from her parents. The eventual confrontation and rejection from her parents is traumatic and harrowing, leading to a failed kidnap attempt as her parents forcibly try and take Rana out of country.

But in the end love will always win.

I am honoured and humbled to be made Patron of the Naz and Matt’s Foundation. This charity has become very dear to my heart and I’m proud to be an ally for the LGBTQI+ community.

Since coming into contact with Matt Mahmood-Ogston and learning about his fiancé Naz’s story, I realised there is still a lot of work to be done.

The work that Naz and Matt Foundation do and the positive changes they make to people’s lives is truly admirable. The LGBTQI+ community have been very warm and welcoming, I can’t possibly thank them enough. Together let’s spread that warmth and educated ourselves and those around us into being more accepting of one another. Love is love… and love always wins.

In 2017, the international, awarding-winning folk band The Young’uns released a new single “Be the Man” – a beautiful song that tells the love story of Naz and Matt, what tragically happened to Naz and the long journey ahead to bring religious parents and their LGBTQI+ children closer together.

In the same year “Be the Man” was performed publicly for the first time at Glastonbury, on one of the main stages. Glastonbury was somewhere that Naz had always wanted to take Matt, but sadly time ran out for them to go. Be the Man being performed at Glastonbury has created peace in Matt’s mind, knowing that in some way, Naz finally made it there.

Since releasing the song band members Sean, David and Michael have become good friends to Matt, and the Foundation, and have continued to spread awareness of our work and the challenges our charity is trying to address internationally. Naz and Matt Foundation continues to receive donations and messages of support from around the world from individuals who have heard Be the Man on the radio, on iTunes/Spotify or at a concert performed by The Young’uns.

Naz and Matt Foundation also appear in their fabulous new book, Bound Together.

Father Andrew is an Anglican Priest (Church of England) and was the first Vicar to marry a same sex partner in 2014. He has been an LGBTQI+ activist for many years and was elected to General Synod (the parliament of the Church of England) in Oct 2014 shortly after his marriage. He worked with other LGBTQI+ priests and allies to defeat a position paper prepared by the Bishops for the Church and has been a regular commentator on radio and television about the Church’s institutional homophobia and the need for change. He retired from ministry in 2017 and lives in the Peak District with his husband, Stephen.

He is banned from any official ministry in the Church of England because of his marital status.

Matt first met Father Andrew as he prepared the day long celebration of Naz’s life in 2014. Even though his church was less than a mile from where Naz and Matt lived they had not met until Funeral Directors of Naz connected them to each other. At Matt’s request Father Andrew hosted Naz’s service in a non-religious community hall adjoining the local church. He was asked to speak, along with representatives from each major religion at Naz’s service.

Father Andrew has since become a good friend to Matt (and his Mom!) and has supported Naz and Matt Foundation ever since. 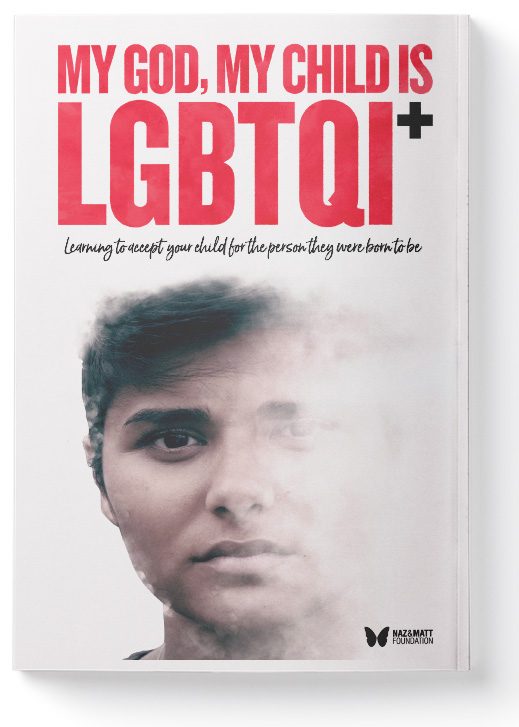 Are you struggling to understand or accept your LGBTQI+ child?

Later this year we will be releasing our free to access book for religious parents of LGBTQI+ individuals.

If you'd like to know when the book is available, please register your details

Are you a parent needing support?

If you're a parent and would like to meet other parents of LGBTQI+ individuals, please contact one of these groups